Ever been in love, man?

Sitcom pilot based about a family of would-be actors and their dysfunctional friends who make a down-and-out theatre their home. The pilot introduces several characters, many played by improv and standup comedians, and follows the romantic follies of Jeremy (played by Brad Binkley). I have a cameo as a jaded cashier. Think of it as a lighter version of Reality Bites.

Many scenes were shot on location at Relapse Theatre and a couple were shot in my house. The full episode is online at Vimeo. 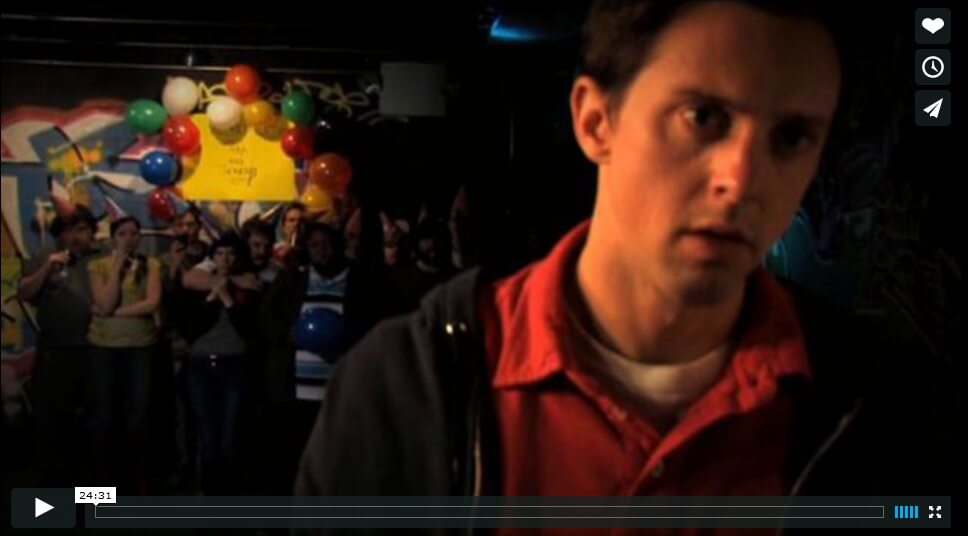