Kellen Meador and I have done well over a hundred improv shows together at Relapse Theatre. We premiered our two-person "Loose Blades" shennanigins in a Chambers show playoff in October 2009. In late 2010 we started a weekly ensemble show called Writers Block. We still put on a duo show every now and then, basically whenever there is a chance to fill an empty stage. 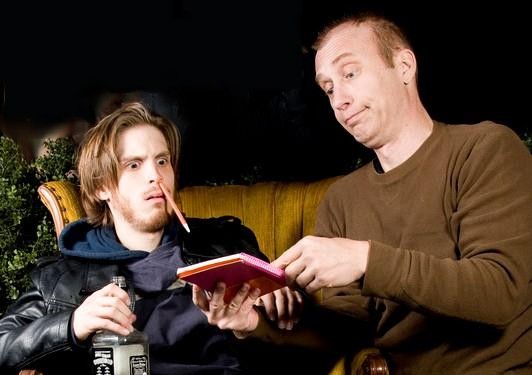 Oct 2009, The Chambers at Relapse Theatre