Troy's only on-stage injury to date took place during this production. One night Sarah Lancaster failed to land the scripted slap on his face so Troy ad libbed "You missed me!" in character. Not missing a beat, Sarah took another swing, and her unexpected hit caught him off guard, slamming his lower jaw into the upper. He struggled through the next monologue with a chip of tooth floating around his mouth.

Drama Tech has had a tradition of having it's iconic toaster on every set since the early 1990. Where do you put an electric toaster on classical set? For those who looked closely, the Roman Temple in stage center had a roof apex that glinted with chrome. 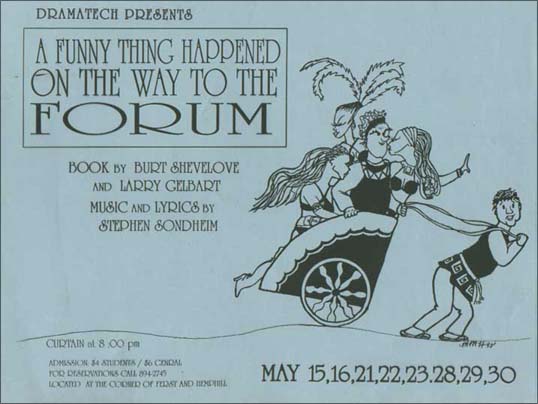