What I really, really want

I so often get cast to play the villain that I have a new movie goal: I want, desperately, to play a sympathetic character in a romantic tear-jerker. Maybe I could be the guy working to keep his family together, or a good-hearted mentor, or just a solid guy in an officer bromance. Please, give me a good guy in a good relationship; that's all I'm asking. 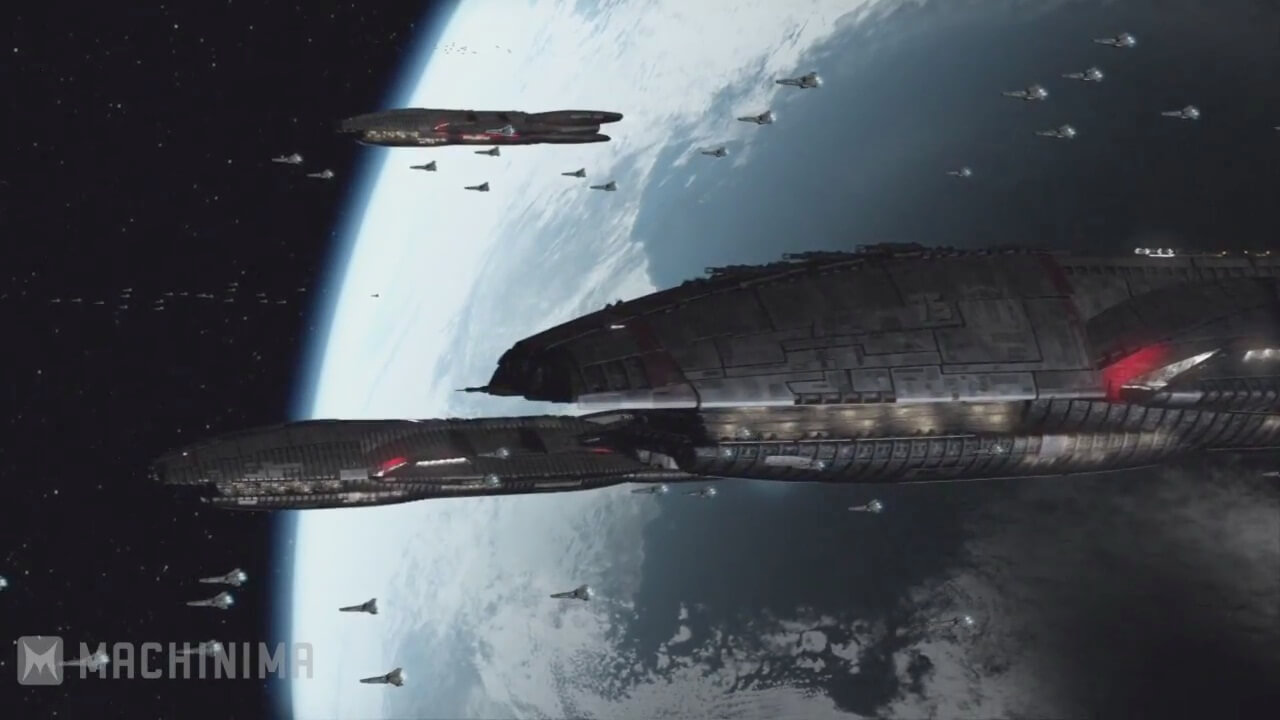 Oh, and, ideally, I'd like it to be science fiction

So, basically, I want to be on Battlestar Galactica Blood & Chrome

Many sci-fi ideas work very well in a short film format. Enough time to focus on the idea while saving the expense of creating multiple scenes within that universe. I've had the pleasure of working on two -- a webisode in which I played an ingognito alien Invader and a solo astronaut/scientist on the satellite Hope. The former is old school 50s style sci-fi, while the later is something of an omega-man story.

Below are some other example shorts for great results in sci-fi, many on extremely low budgets ― so they're modest enough that I could afford to produce to this formula. I'd have been thrilled to be a part of any of these short films.

A neat sci-fi bottle story that was released in 2014. I love how efficiently it is told in under 5 minutes, with only two actors. There's about a minute of blue screen and CG space effect, but otherwise admirably done within a one room set (albeit a very smart spaceship set). There's also a nice time-travel surprise that comes in just before tail-credits role.

Simple setup -- a solitary character at a desert gas station. Could be outside Las Vegas or beyond thunderdome. There is the barest minimum of dialog, then superimposed FX that tells a tight little story when the guy encounters a high-tech runaway. Includes motorcycle cops reminiscent of the young Captain Kirk chase scene in the Star Trek reboot; runaway reminds me of the Jawa transport in Star Wars.

Award winning 2010 sci-fi short by Grzegorz Jonkajtys and Bastiaan Koch follows the human tragedy of a guy who falls behind on his prosthetics payments. There's just a touch of CG and just one on-screen actor in a powerful performance. It deserved to be made into a feature but 2010 also saw the release of Repo Man which used the same premise. Unlike this short, Repo Man relied on a rote Hollywood screenplay, indifferent directing, and gratuitous gore (and was a box-office flop). That's too bad because a feature-length version of The Third Letter could have been a classic of Blade Runner caliber.

The Third Letter by Grzegorz Jonkajtys

2012 sci-fi action short and Vimeo Staff Pick that reminds me of the tongue-in-cheek humor of Stargate SG-1 or of Firefly. Solid acting, sound, and camera. It was accomplished VERY minimally: only two on-screen actors, two costumes, and minimal location dressing too, e.g., some signage, shop lamps, and black plastic masking. No original sets as far as I can tell. The predominant props are two assault rifles carried by the leads during their dialog; Aliens only occur as POV shots and as buckets of goo tossed in from off-camera. This could easily be a series pilot. More at Tumbler for BenDavid Grabinkski and FOIndustries.

Cost of Living by BenDavid Grabinski

Michael Matzur's dramatic life-or-death short with a set design reminiscent "Moon" with Sam Rockwell. Vacuity is a single scene that's captured in a tight log line: "trapped in a dying space station's airlock, an astronaut must choose between living to see his family again or sacrificing himself to save the lives of his crew." By shooting the story in a single small, austere set with one on-screen actor, they kept the budget small but results are award-winning. Neat BTS photos at here, esp. the effort put into the computer interface, which reminded me the HAL close-ups in 2001. I got my shot at doing something like this in the movie Hope.

I love kick-ass female leads: Æon Flux, T-X (Terminator 3), River Tam (Serenity, Firefly), Leeloo (Fifth Element). And I love stories about awakening consciousness in characters: Data (Star Trek Next Generation), The Doctor (Voyager), Marcus Wright (Terminator 4). This action short has both, done in a style that reminds me of Dark City or The Matrix.

The Sentient by Paul de Lumen

Kamel Films 2012. Over 50 awards, many 'Best', for this clever 3-way surreal story, one thread of which is takes place on another planet. No on-screen dialog, only a narration track. I imagine this is what a Spanish version of Slaughterhouse 5 would be like. Great production value and an unusual approach to story-telling.

Voice Over by Kamel Films

2013 Hard sci-fi action/drama that proposes a space-age manifest destiny in the shadow of extinction. I love the kick-ass female lead who pushes her vision for the next logical step in human development: the leap from interplanetary to interstellar colonization. Notable: 1) They raised $37,000 (twice their goal) on Kickstarter with a test footage teaser. 2) All old-school practical effects; no CGI, no greenscreen. www.c-themovie.com.

Some other Science Fiction inspirations, but from much, much bigger budgets.

For pure a pure FX-gasm, I love this mashup up of clips from about a hundred classic science fiction hits, edited against a score Glitch Mob remix 'Monday'

This collection of back-to-the-camera shots includes many several iconic moments from classic sci-fi movies. In these awe-inspiring shot, the character is generally in center frame looking out at some epic landscape. Music by Moby, 'God Moving Over the Face of the Waters'

Back to the Camera Supercut

The Gift, directed by Carl E. Rinsch, is stunning for how much is left un-said, while the story is easy to follow. Stark contrast to movies that open with long on-screen exposition (Ferris Buehler's Day Off), voice over (e.g., Lord of the Rings), or text crawl (Star Wars) to bring the viewer up to speed. It's also has gorgeous 3D CG for props, motorcylce chase, and a delightfully fancy robot.

The Gift by Carl E. Rinsch

Just some random notes on other inspirations. Most of these are pretty popular, but a few are underrated masterpieces. Great respect for all of these productions 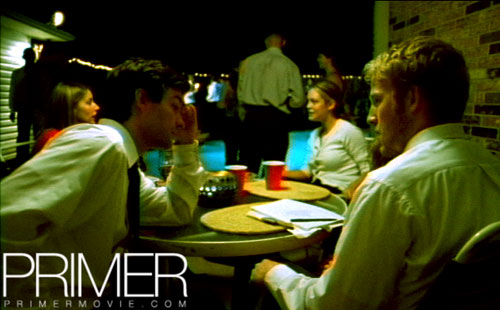