Voice of the Prairie 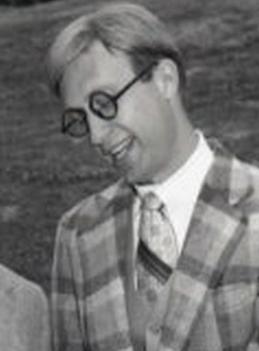 
In 1922, pitchmen streamed across the country promoting the then new radio. They set up simple transmitting equipment in small town shops, sometimes only for a few days. They scrounged records and coaxed from the townspeople whatever live entertainment they could, and urged those who picked up the transmission to tell their neighbors about what they heard. There were few able entertainers for the new medium, but even fewer laws regulating it.

The play brings one of these traveling radio salesmen (Troy) together with a rural bachelor whose boyhood adventures roaming the countryside with his first and only love provide a wealth of romantic tales to charm radio listeners across the Midwest.

This imaginative play has been staged throughout the country since its debut in 1986. The New York Times praised it saying, "the play has its own staying power; a lingering quality and a shimmering way with words.", and The Los Angeles Times called it "...a deft and witty valentine to a pioneering spirit and to the value of words...It's fun, it has a knowing heart and a voice which should delight all within earshot."