How the Other Half Loves 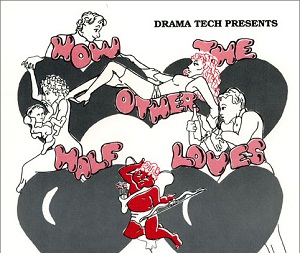 In this comedy of perpetual deceptions, two couples, the Fosters (played by Troy Halverson and Britton Bolton) and the Phillipses (Dave Jelinek and Jenifer Burge), are in their own living rooms, visible to the audience but not to each other. The set design places both rich and poor rooms overlapping each other so characters keep crossing over into each other's spaces. The centerpiece is a cross-shapped dining room table that includes components from both the upper and lower class homes. Telephone calls are made on the sly between Fiona and Bob who are having an affair but the wrong wife or the wrong husband invariably picks up the receiver. Idiotic conversations or hang-ups abound. 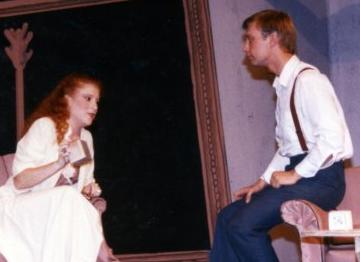