I've been doing film work — mostly in front of the camera — for over five years now. Below are some projects that were active in some phase of production, had festival screenings, or secured other distribution, between July 2014 and June 2015.

For the year I added 6 new IMDb credits That's one better than last year’s projects and I'm now up to 29 IMDb Actor credits plus another 7 films in post-production.

I’m the ventriloquist and voice of the puppet in Mr Lockjaw, a dark psychological crime drama pilot. Principal photography wrapped November 2014. Cast and crew screening in May; on Vimeo on Demand since in June. Festival run TBA. 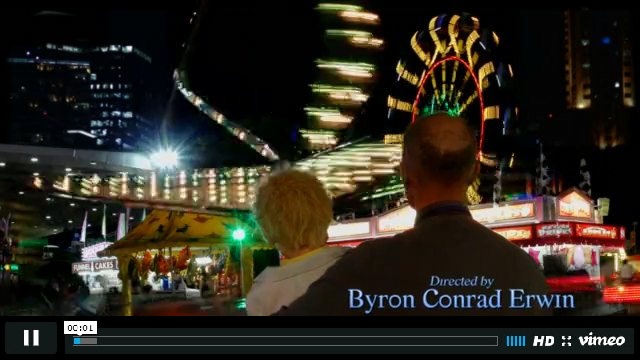 My role as the private investigator on Bad Blood required 14 days on set in October 2014 with 3½ days of pickups and ADR in 2015. Still in post-production as of June 2015. Possbility of a screening in the Fall. 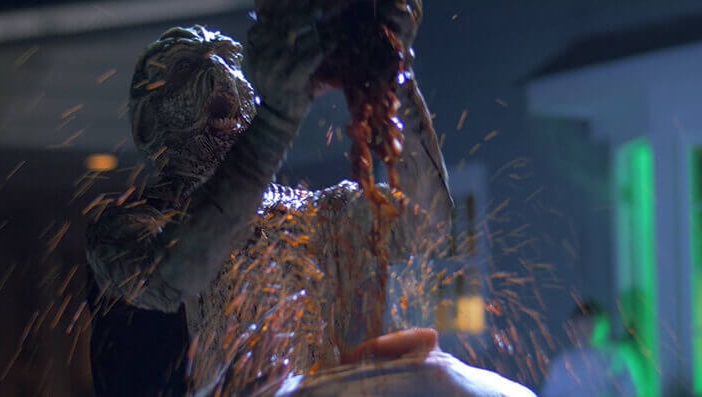 I got tagged to play a hard-ass veteran detective in The Interns, a crime drama about sibling rookies. As of June it had a successfully completed its Kickstarter campaign, and was halfway through principal photography.

I had a three-day shoot for Hope in July-August 2014, much of which takes place on space station, playing a martyred scientist during an asteroid extinction event. Sweet, tight story. Trailer screened at The Plaza in April; final cut and festivals TBA.

Written by Nick DeMao and Nathan Morehart, White Lightning is a Tropic Thunder-inspired satire, with me playing a Russian militant in a couple scenes filmed in May 2015.

After a great run of festivals, VOD for Attack of the Morningside Monster went online in October 2014, DVD's on sale January 2015. I still get a kick out of sharing credits on this with Nicholas Brendan (Criminal Minds, Buffy the Vampire Slayer) and Robert Pralgo (Furious 7, Vampire Diaries, Teen Wolf).

Screened at the 2015 Atlanta Film Fest. This short was the first time I get to work with director Anthony McHie on this satire on police dramas and race tropes. I'm an absurdly bigoted police sketch artist with leads Keith Brooks ("Balto" in Mr Lockjaw) and Dorian Santiago (who worked on Upyri).

Premiere in January 2015 at Get Connected. I had a six days on the set of Horror Hotel for a Season Two episode, Coma Girl, which is a creepy love story: a nursing home night watchman (played by yours truly) falls in love with a comatose woman. With the small cast and fight choreography, I enjoyed this episode even more than the Invader episode I did in season one.

This award-winning SAG short screened at the 2015 Atlanta Film Fest in March. American Hell has me as a featured extra taking abuse. Quite the non-digital movie: it was shot on Super 16mm film and VHS tape.

Somewhere in the midst of those palettes I am fighting for my life -- and I'm not talking about breathing the heavy fog or the 90-degree temperature on set. It's a 3-page open filmed in June, another feature by Chris Etheridge and Jayson Palmer, and the 3rd time the've cast me in violent murder.

Faux villany: I got to play Doctor Telepathy in Lady Justice, an Avengers-inspired comedy sketch in May. It will be another spot for the Decent Humans YouTube channel by Kenny MacLaughlin and Leanna Adams, and hopefully another of theirs that will get some air time on College Humor or Funny or Die.

Screwed Out Of Tips - Comedy Short

Another Decent Humans short, where I play a pretentious (douchy, shortchanging, conservative, patriarchal) dad in a short showing various ways servers get short-shifted on tips, for a passive aggressive PSA.

I play the titular character, the antagonist in an unlikely hero's journey. As a hapless hunter, Willard fancies himself "a lion hunting lions" but struggles with a suburban quarry. In post-production as of June 2015.